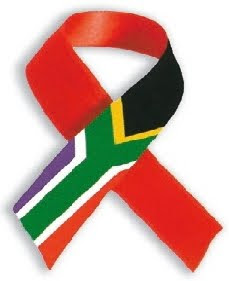 At a recent conference I was asked by a delegate why after so many years and after so much manpower, money and investment, medically, emotionally and scientifically we are still not stemming the tide of HIV and AIDS. It must be mentioned that the person who asked the question is very active in the fight against HIV and has dedicated her time and efforts to educate and assist those infected by the disease. It was with a sense of exhaustion and from being emotionally overwhelmed that she asked the question. I do not believe that I was ready to answer the question at the time, but already a seed was busy germinating in my mind and heart, one which I have not been able to express fully until now. It seems that this concept has finally come to fully blossom and IT IS AYOBA!
Consider the sense of goodwill, joy and wellbeing experienced and expressed during the 2010 World Cup by both South Africans and the international guests. Even the prophets of doom and gloom had to bite their tongues and concede that their predictions had failed and we had achieved something to be truly proud of. Not only did serious crime incidence drop in South Africa during the world cup but this was the experience around the world.
Here are some quotes proving the effects that the positive energy had in South Africa and internationally:
Nepalese capital Kathmandu recorded a drop in crime and accidents since the start of the 2010 FIFA World Cup™ - police recorded 156 incidents of crime in the month of June, compared with 497 reports during two weeks preceding the tournament, Kantipur newspaper reported.
The Business Consumer Index (BCI) rose by 2.8 index points to 84.8 points in June, says the South African Chamber of Commerce and Industry. The 2010 FIFA World Cup™ tournament raised positive sentiment domestically and internationally. The success of the tournament could boost domestic business confidence despite indications that the global economy may suffer a depressed economic outlook for the medium term," said the Chamber. (Sacci)
The total number of foreign tourists to South Africa during the 2010 FIFA World Cup™ might be close to 400 000, says consultancy Grant Thornton, with higher than expected African air arrivals and huge numbers from countries whose teams did well contributing to the figure.
Now consider the reality of HIV/AIDS in sub-Saharan Africa and how easy it is to fall into the trap of becoming a profit of doom when we focus on the statistics and history of the epidemic. How much energy have we spent on promoting the negative, highlighting our failure to stem the tide and putting the spotlight on the lack of political will, slow implementation and access to treatment and prevention of mother to child transmission of HIV and AIDS? I can go on and on and on and IT IS NOT AYOBA. No wonder that all this negative messaging contributes towards a sense of hopelessness and inadequacy in the collective and individual conscience of all South Africans and for that matter the entire sub-Saharan African region.
From the point of view that recognises the basic “laws of attraction” that operates within each person’s life and the universe as a whole is it at all not surprising then that these negative messages have acted as a “magnetic field” influencing the effectiveness of HIV and AIDS awareness and interventions to date?
The time has come to stop the negative energy and messages around HIV and AIDS as surely by now we must be aware that it has not been a successful tool in preventing the spread of the epidemic. I believe that all it has done is make people, institutions and governments feel so overwhelmed that the only possible response is one of denial, apathy and inactivity.
The South African CAPRISA presentation received a standing ovation (a rare medical conference occurrence) at the 2010 World AIDS Conference in Vienna for its study on the tenofovir gel spermicide. Another hot conference topic was test-and-treat as a public health method for curtailing the pandemic resulting in many attendees of the 2010 World AIDS Conference headed home feeling optimistic about the future of the HIV/AIDS pandemic.
South Africa has the largest number of people accessing ARV’s in the world. It is further estimated that 2.3 million life-years have been added due to introduction of antiretroviral therapy in sub-Saharan Africa during 1996–2008
Indications are that, between 2006 and 2010, South Africa is experiencing the plateau of the HIV curve with positive indications, that this trend will continue and a reduction in new infections will be a reality of the future.
By emphasising the successes and the reality that we have not yet been defeated, we can and will be victorious in the war against the HI virus. We no longer need to be pessimistic and in tribute and honour to the many that have died we owe it to our children and the future to rise above the “can’t do attitude” and boldly raise our hearts and minds as we spend energy and our collective intellectual capacity to a united, focused political will as we continuing the positive achievements. 2010 has the potential to herald a new era of innovation in fighting the virus.
On a personal note, working with Positively Alive©, a support group for HIV positive men in South Africa, I can testify that members, including myself, in the past did not consider a future and the potential of growing old, they are having to reconsider their futures as with access to treatment and care they are not only living healthy full and complete lives with HIV but are able to engage in relationships without putting others at risk of infection and have to consider the real possibility that they have the potential to reach all and any future dreams and aspirations. AND THAT IS TRULY AYOBA!
Posted by Alan Brand at 12:31 PM