Buddhism means a commitment to the practice of mindfulness.

It's the practice of opening oneself up and being receptive to the flow of sense perceptions, emotions, and thought processes in each given moment while attempting to hold judgment in abeyance. This is done with no other goal than to be as present as one can 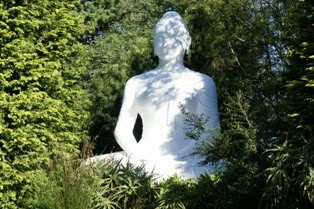 possibly be within each and every moment. One does this with an intimate attention that is very different from a scrutinizing, objective stance.

Rather than being a distant observer of a set of experiences, one is a participant-observer, and what one observes is not only the sense impressions of the "outside" world, but also one's own subjective reactions to that world... In these moments of unimpeded awareness there is a wonderful sense of lightness of being, and a sense of the rightness to things just as they are.

In these moments when the sense of a separate self that needs defending, approval, status, or justification is nowhere evident, one is open to being present and responsive to the world in a deeply caring way. This is what I mean by mindfulness: seeing events as they are with minimal interference from a separate ego that needs to control both self and world; being intimately in touch with the moment as it is, and open-heartedly responsive to it. 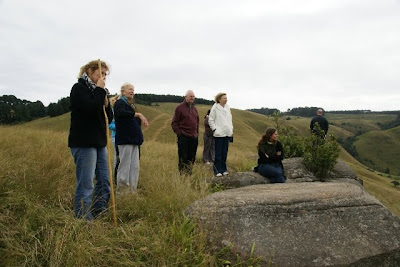 While at the Ixopo Buddhist retreat we went on a walk through indigenous forests and eventually arrived at a grassy knoll. We climbed over a fence and soon reached an outcrop of rocks that provided a vista of the valley below. While everyone looked into the distant valley, I peered between the rocks and notice a very insignificant spray of white flowers growing between the crevices of the rocks. I lay down on my stomach to observe the flower. 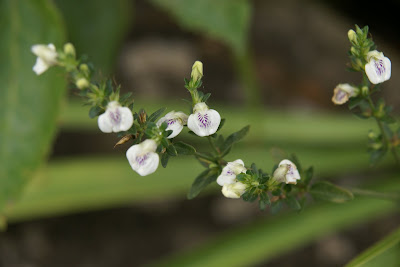 The Buddhist teacher who was our guide on the walk saw me lying face down on the rock and peering into the abyss below and asked if I was ok… (I guess it might have looked like I was throwing up over the cliff). I responded, “I am being mindful of a flower”. She smiled a gentle smile similar to Buddha’s smile. “What have you learnt from the flower?” she asked.

As I had my camera with me I replied that I could show them that I had discovered that even an insignificant white flower has a spectacular landing strip to attract insects. “It just shows that when one is silent and observant even the most insignificant being can reveal incredible beauty”, I said. Nothing more nothing less it just is so, in the silence of being mindful I learnt again to appreciate that which was right there in front of me. It had always been there it had not changed or become more than it was before what had changed was my ability to take the time to be mindful of the beauty it waited to reveal. 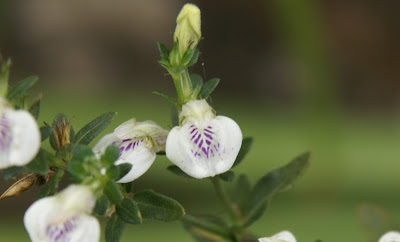