December Holidays and Welcome to 2010 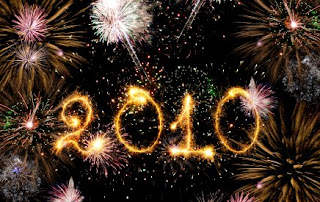 Well 2010 has arrived Johan and I spent old years eve at Risque Club and enjoyed the festive mood dancing and celebrating the advent of 2010 in each other arms on the dance floor.

THE HOLIDAY
We have returned from a wonderful holiday travelling through the Eastern and Western Cape. Highlights of the trip where the two nights in the Karoo National Park and hiking through the park early in the morning before having breakfast. This was a really good choice 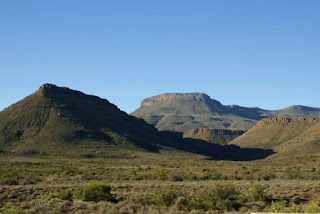 of first stop as the total tranquility and starkness helped us to slow down and become relaxed very quickly. I have heard that in the Karoo (which is a semi dessert region) it is so quite that you can hear the silence. I now again can confirm that this is not just a saying but a reality. The night sky is so filled with star light, the air fresh and clean and even the springbok and red hartebees stand silently listening to the silence. Without even realising it one begins to whisper and the soul has time to reflect and be still.

From the central Karoo we travelled via Gr 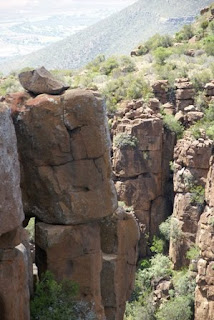 aaff-Reinet and visited the "Valley of Desolation". Now when we told the girls we where going to the "Valley of Desolation" Brenda said that means you are going to see "f@3**" all well one might have thought so but wow it was truly a splendid place of such incredible beauty. Also being able to learn about how the Karoo basin was formed and why the area was an inland sea was truly informative.

In Graff-Reinet we happened upon a Pierneef art exhibition and as I am a huge fan of his works this simply was a magical and special experience.

We needed to get to Port Elizabeth (PE) however so on with our journey as we had planned two nights stay with a dear Friend in PE (also called Mandela Bay) as Nelson Mandela comes from the area in the Eastern Cape. We had two wonderful days with Denise and visited the Addo Elephant National Park while in PE. 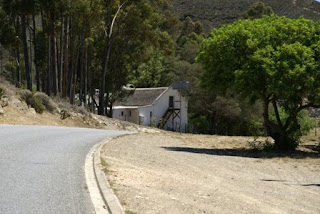 The next two nights Johan had booked us a accommodation just outside the little town of Barrydale in the heart of Route62 and the wine, brandy and fruit region of the Little Karoo. The working farm has only one cottage on the banks of the Tradouw River and just as the road begins to meander up through the historic Tradouw Pass. Again the tranquility and peace of solitude and the beauty of our surroundings made the place magical and romantic. We swam in the river and watched Oryx grazing on the hill opposite the cottage while still lying in bed with the curtains open to the rising sun and beginning of the new day. 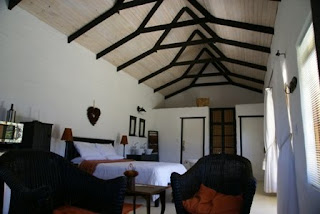 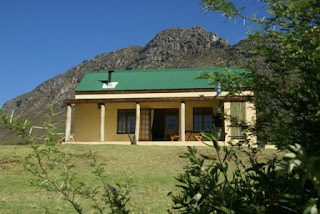 We also met two wonderful guys in Barrydale and spent a lovely evening with them. They are the owners of a renowned artistic chandelier manufacturing shop in Barrydale...

One other thing began to happen while we where in Barrydale and that was the tasting and purchase of far too much wine and brandy. Hmmmm well what can I say the boot began to overflow onto the back seat of the car as our luggage had to make place for purchased bottles and boxes of wine. Sadly our stay in Barrydale was two short and after two nights we had to move on to Cape Town. 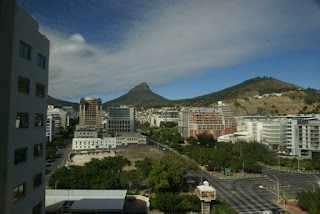 he foot hills of Table Mountain and on the banks of Table Bay must be one of the most beautiful cities in the world. We where staying at the Waterfront Southern Sun Hotel with a great view over the city and the new soccer stadium. 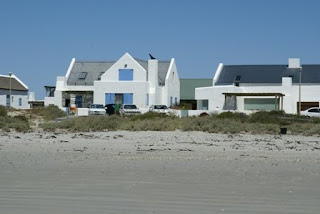 ) at the Cape Sun hotel and wow what a spread. We shopped at the new Cape Quarter, travelled to Parternoster on the west coast and bought more wine at the Swartland wine cellar, bathed nude at the nudist beach at Sandy Bay, partied in the gay district, visited family and relaxed. 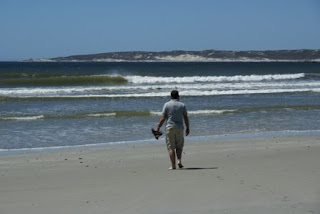 All to soon our departure for home was upon us and yet memories of special places, new friends and a car load of goodies plus plenty happy snaps to remember the time together.

So with these thoughts I enter 2010... warmed, rejuvenated and refreshed .... Looking forward to greater adventures and new challenges.