Why are women at higher risk of contracting HIV?

In this fact sheet we review specific biological factors in women that make it more or less likely that HIV can be sexually transmitted.

There must be sufficient quantity of the virus to infect you, and it must enter your body in an efficient manner, and their needs to be enough time for this to happen.

There are only three ways in which this can happen:
·         Unprotected sexual acts with an infected person
·         Through infected blood e.g. in sharing needles
·         Prenatally from mother to child during pregnancy or at birth, and through breast milk.

For transmission of HIV to happen, body fluids infected with the virus must pass from the already infected person into the bloodstream of another. HIV can do this through contact with the thin linings of various openings in the body and openings in the skin. These linings contain concentrations of the cells to which HIV attaches to enter the body. The sexual organs of both men and women have such linings.

This is why unprotected sexual acts are the most common route for HIV transmission. The chance of transmission is greatly increased if the lining or skin is inflamed or damaged, for example when another sexually transmitted disease is present.

On the other hand there are other body fluids, which do not contain sufficient quantities of the virus to be infectious.  These are:
Saliva
Sweat
Tears
Urine
How do you get HIV?
So why are women at greater risk of HIV?

The risk of transmitting HIV from men to women is much higher than from women to men. This is in part because of the much larger surface area of the vagina and cervix compared to the areas of the penis where transmission can happen (foreskin, urethra and small tears on the head of the penis).

Women are exposed to considerable amounts of seminal fluid during sex, if ejaculation occurs.

The vagina is particularly vulnerable to invasion by bacteria, viruses and other germs. It is an ideal place for bacteria to grow, as it is warm and moist. It also provides an easy entrance into the body.

Women with low levels of the hormone oestrogen may be at increased risk for transmission of HIV because low oestrogen levels directly affect the vaginal wall, making it thinner so HIV can more easily pass through the wall.

How does HIV get into the body through the female genital tract?
The vagina has various defence mechanisms against infection. These help to protect a potential foetus developing in the uterus.

The vagina is also home to a number of “friendly” bacteria species (for example, Lactobacilli) which are thought to give some protection against less friendly bacteria (for example, Gardnerella vaginalis) as well as viruses that might infect the body.

Unlike the vagina, the mucous membranes lining the cervix and uterine walls have only a very thin layer of cells (often just one layer thick) and so it is much easier for viruses like HIV to cross into the body through the cervix and possibly the uterus.

Because the cervix acts as a barrier to protect a potential foetus, it is home to a large number of immune cells. Many of those immune cells are CD4+ cells, which are the cells that HIV is most able to infect.

Having an STI increases the risk of HIV transmission in several ways:


Why are women at higher risk of being affected by HIV?
·         Some women may be unaware of their male partner’s risk factors for HIV (such as injection drug use or having sex with other men) and may not use condoms.
The risk of getting HIV during vaginal sex without a condom or other protection such as PrEP is much higher for women than it is for men, and anal sex without a condom or PrEP is riskier for women than vaginal sex without a condom or PrEP.
·
Women may be afraid that their partner will leave them or even physically abuse them if they try to talk about condom use.
·
Some sexually transmitted diseases (STDs), such as gonorrhoea and syphilis, greatly increase the likelihood of getting or spreading HIV.
·
Women who have been sexually abused may be more likely than women with no abuse history to engage in sexual behaviours like exchanging sex for drugs, having multiple partners, or having sex with a partner who is physically abusive when asked to use a condom.
·
Some HIV infections among women are due to injection drug and other substance use—either directly (sharing drug injection equipment contaminated with HIV) or indirectly (engaging in high-risk behaviours while under the influence of drugs or alcohol). 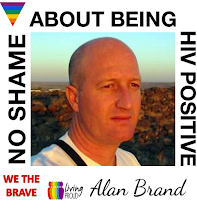